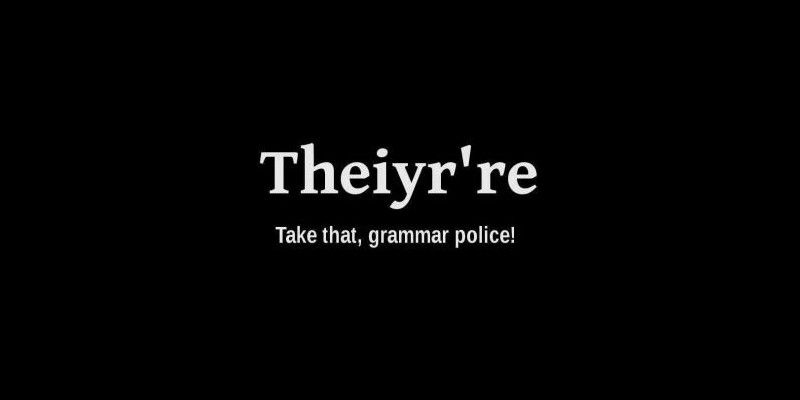 Note, this is more or less a continuation of another one of my blog posts: The Truth Therein Lies. I wrote this because I still can't get over how crazy the English language is.

The English language is a mess. The language is burdened by so many spelling and rule exceptions that unless someone embeds themselves into the English-speaking world, it is a particularly difficult language to master. Even those who speak English as their primary language, struggle to come to grips with the nuance.

This article came about after two spelling lookups this week. The first was a word I look up so often I really should end my suffering and write the word on a card and hang it up on the wall or maybe even get it tattooed to my arm. The word was occasionally—two Cs; one S—a fact I simply can't seem to remember. I also have trouble remembering how to spell necessary for the same reason—one C; two Ss. I usually get success right though for some reason. But . . . gah!

A second lookup this week was what triggered me to finally write this little article: wrack as in "I wracked my brain." There is a reason it is wracked and not racked, and it is an interesting reason, but that doesn't mean it is a particularly good reason. I kinda wish we, the English-speaking world, had an English Policing Committee who was chartered with slowly nudging the language towards sanity. No, I don't know how that would work, but I do wish for it!

With that theme in mind, let's look at some of the oddities of word construction in our language. There exist loose "rules" (guidelines, really) for how these words are constructed, but there are so many exceptions that those rules are almost meaningless. I won't go into the specific rules here. Instead, I'd just like to admire how crazy our language truly is. Enjoy.

I don't buy it

Makes no sense, the liars edition

. . . because Lie and Lay deserve their own section.

The same, but not the same

Simply stupid and hard for a lot of people

So, there you have it. A nice little sampling illustrating (again) how the English language is just a little bit insane. I hope you found this interesting.