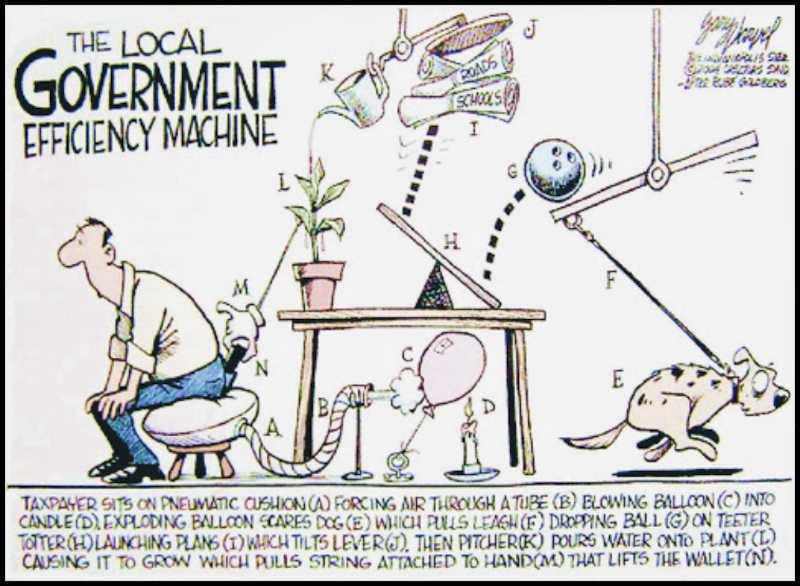 Are you self-employed? In North Carolina, and probably most other states and municipalities, you will likely have to pay a privilege fee to your local government for the privilege to operate your small business. Fun! This is true for certain (most?) industries. In my case, and for this particular story, this was so I could operate as a Real Estate Agent.

Summary: Make sure you read all the fine print. Otherwise, you will be bit. Something like this could happen to you . . .

I started, officially, as a Real Estate Agent in August of 2018. The privilege license cost $50 and was good, effectively, from July 1st to July 1st. But there was a catch! And that catch was not mentioned on the paperwork. Or at least, not in the paperwork we reviewed.

The catch was: you had to have paid that fee ahead of July 1st, or there was a late fee.

But if you read carefully, I started up my business in August—a full month and then some after July 1st. So what if you started your business after July 1st, you ask? Answer: you paid the $50 and you were considered late, so there was an additional late fee (even though you were, technically, not late with the expected $50).

What really caught us was that we did not perform this process ourselves. We paid through a 3rd party (our previously affiliated real estate agency) and that little "late fee" wasn't paid. Why would they have? The fee doesn't make sense, and we were not "late" in paying what we thought owed.

But not according to The Machine, as we found out later. The Machine said "you paid after July 1st, therefore . . . late."

PHASE 1: All was fixed, or so we thought

We paid our $50 and went on our merry way. In 2018, we bought and sold houses for our wonderful clients and we paid our income taxes like all good citizens. We even renewed our privilege license the following year without a hitch or complaint.

At some point in this process, we received a letter: "Oh, hey! Just a friendly reminder that you didn't pay a late fee in 2018! You owe $10 more dollars. Have a nice day!"

What? What fee? We were baffled. So we called. They sounded very understanding and the fee was waived. Or so we thought. You see, when that $10 was supposedly waived, we talked to a human, we didn't talk to . . . The Machine.

What? What the heck was that? We called our bank and they informed us that the $12.28 was a garnishment for an unpaid bill. The only information associated was "NC State" and a phone number.

Sub-title: Workers for The Machine are oblivious.

The comedy continued. We called the state and it went something like this . . .

PHASE 4: Give into The Machine

I will skip the part where we explained that we had this supposedly waived, that $12.28 was now costing us $112.28 and dinging our credit and was ridiculous anyway. And where they offered to waive (which we could no longer trust to be true) $5 whole dollars, but that there was a $2 fee to make that happen, and you only had that option once every three years, and . . . we eventually just crumbled.

A final note: We talked to our bank. They will investigate reimbursement of the $100 when that $12.28 is paid. But no guarantees. The banking support dude seemed unsure whether The Bank Machine was able to respond that way, though he seemed optimistic.

We won't hold our breath.